Ulysse Nardin’s tourbillon chronometers are a work of art that first originated in the late 19th century. The tourbillon formed part of a search for the greatest possible accuracy as its primary function is to compensate for deviations in the rate of the movement caused by Earth’s gravity in vertical positions. Since the 1980s, the House has perpetuated this heritage, continually developing new rotating carriages and adding to its long list of watchmaking achievements.

While last year the brand launched the Marine Torpilleur Tourbillon in black Grand Feu enamel as a limited edition of 175 pieces, it is now unveiling the Marine Torpilleur Tourbillon in white Grand Feu enamel as part of the permanent collection. With an open sapphire crystal case back, this polished and satin-finished steel model is completed by a fluted bezel.

This 42 mm-diameter mechanical masterpiece, water-resistant to 50 meters, is finished off with a blue alligator-skin strap with a folding clasp, and is also compatible with a rubber strap or metal bracelet. Enameling is a decorative technique mastered by a small circle of artisans and nowadays is only used on watches produced by the most prestigious watchmakers. Complexity, meticulous detail and realistic decoration are the main reasons why collectors have historically wanted to acquire timepieces with enameled dials.

Ulysse Nardin is a leader in this field and a keeper of this artisanal know-how. It works in conjunction with its house Donzé Cadrans, which entirely produces this type of dial traditionally according to ancestral principles. The Donzé Cadrans artisans apply a variety of enamel techniques, in particular Cloisonné, Champlevé, Flinqué and Grand Feu. The term Grand Feu (“big fire”) comes from melting the enamel powder in a furnace heated to between 760 and 900°C, a technique used for all categories of enameling. 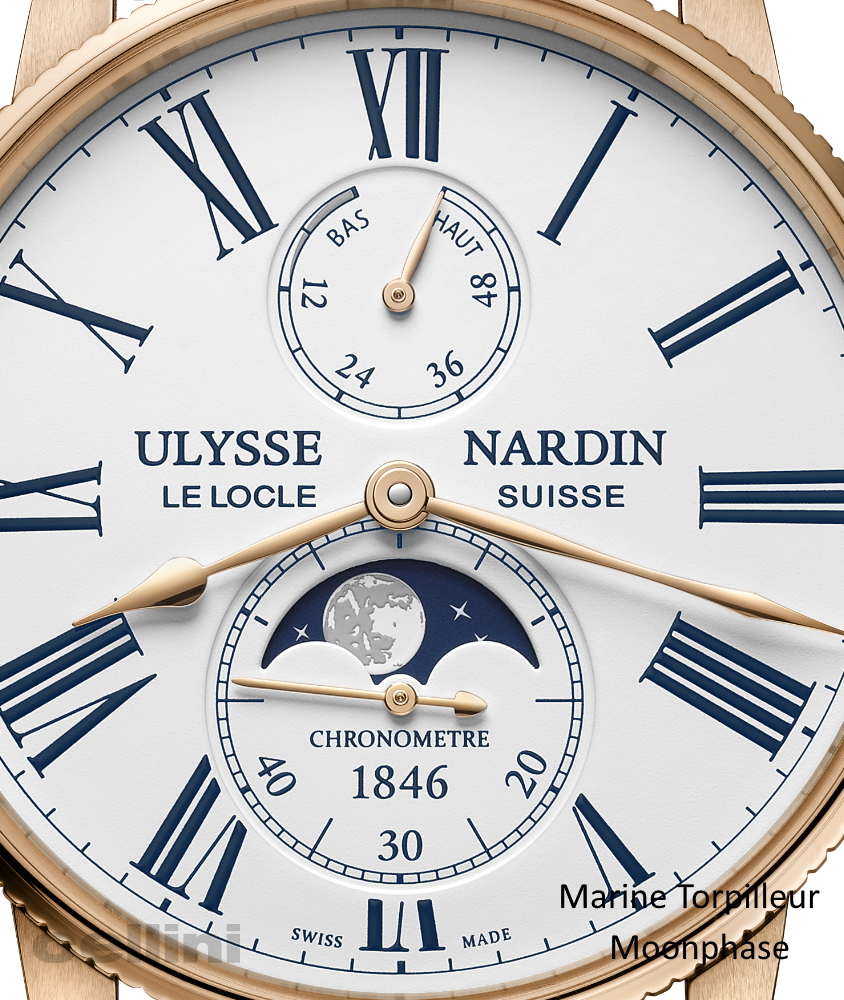