Since it was introduced in 1992, Jaeger-LeCoultre’s Master Control collection has been defined by technical rigor and stylistic restraint, its constant evolution imbued with the Maison’s deep respect for tradition and constant quest for innovation.

In 2020, La Grande Maison relaunches the collection, drawing inspiration from the classic round watches of the 1950s, such as the Futurematic, PowerMatic and Memovox models, and adding a dash of 21st-century flair. Rather than paying homage to a single historic reference, Jaeger-LeCoultre presents a range of timepieces featuring some of its most emblematic complications.

Designed for the urban sophisticate, every element of the Master Control line has been restyled. Jaeger-LeCoultre’s designers have harnessed and modernized the Maison’s classical design codes to create a refined yet entirely contemporary aesthetic that highlights the collection’s complications. A new case design heralds the introduction of a new pink gold alloy – Le Grand Rose gold. When launched in 1992, the Master Control line was the first of Jaeger-LeCoultre’s collections to benefit from its pioneering ‘1000 Hours Control’ certification – which inspired the collection’s name. A demanding process that tests the entire cased-up watch (not just its movement), it set a new benchmark when introduced and has continually evolved in response to technological advances, to remain one of the watch industry’s most stringent testing protocols.

Naturally, with this background and the Maison’s long history of technical innovation, the relaunch of Master Control is not simply a stylistic exercise. The Manufacture’s engineers have comprehensively revised and updated all of the movements, increasing power reserves to as much as 70 hours and enhancing overall performance and reliability. Like all Jaeger-LeCoultre timepieces, the Master Control watches carry an 8-year warranty in addition to the 1,000 Hours Control certification.

Timeless Design Codes With A Contemporary Twist: With its 40mm diameter, outwardly sloping bezel and dynamically curved lugs, the new Master Control case exudes a relaxed and understated elegance – timeless yet absolutely contemporary. Satin-brushing on the case-sides is complemented by the polished bezel, crowns and lugs. Refined details abound, including bas-relief engravings on the back bezel and a sapphire crystal caseback to reveal the finely finished and decorated movements.

On the dials, Jaeger-LeCoultre’s designers have reinterpreted the Maison’s classical codes in a streamlined and modern style, in order to highlight each model’s complications. The applied indexes add refinement, their elongated triangular shape echoed by the Dauphine hands. Uniting the collection, sunray brushing animates the silvery-white background color, a blue central seconds hand adds a subtle pop of color and, according to the model, blued subdial hands further accentuate the complications. Le Grand Rose Gold – A New Rose Gold Alloy: The versatility of the new collection is underlined by the choice of two case materials – steel and Le Grand Rose gold. Seen for the first time in the new Master Control line, the new rose gold alloy has a remarkable sheen and depth of color. The addition of palladium to the metal’s proprietary formula (the exact details of which remain a closely guarded secret) guards against oxidation and ensures that the radiant color will not fade over the years.

New Calfskin Leather Watch Straps Novonappa: The straps, too, have been re-worked for the new collection. To complement the timeless informality of the steel cases, Jaeger-LeCoultre’s designers have chosen the soft, matt finish of Novonappa calf leather in tan. Produced by the finest tannery in France, through a vegetable-based tanning process that retains the natural variations of the hides, Novonappa gains a distinctive patina over time. Thanks to a Presto Spring lug attachment and a simple clip for removing and refitting the deployant buckle, the Novonappa straps can be quickly changed, without the need for any tool. Classical alligator leather in black or chocolate brown lends a more formal allure to the Le Grand Rose gold cases – which can also be fitted with Novonappa straps if preferred.

Upgraded Calibers And New Complications: With the goal of improving reliability, power reserve and long-term performance, Jaeger-LeCoultre’s engineers have comprehensively revised and re-engineered Caliber 899, the high-performing pillar of the Master Control collection. The improvements, which have been incorporated into the entire range of Master Control calibers, include a silicon escapement, a redesigned barrel and various energy-saving enhancements.

Inspired by the past and redesigned in the confident spirit of the 21st century, the new Master Control collection combines the creativity and deep know-how of the Jaeger-LeCoultre Manufacture, where all mechanical movements are made in-house. Blending timeless style with the relaxed elegance of modern urban living, it is destined to become a point of reference in contemporary watchmaking. 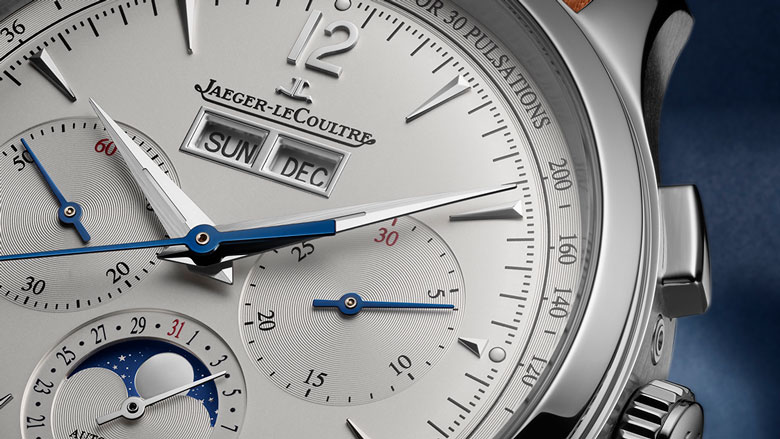